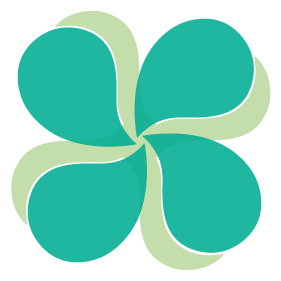 QOL-E was created in 2001 by Esther N. Oliva, MD, and Borislav D. Dimitrov, MD MSc SMHM DM/PhD, for the evaluation of Health-related Quality of Life in patients with Myelodysplastic syndromes. 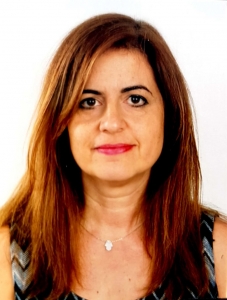 Esther Natalie Oliva, MD, earned degrees in Medicine and Surgery from the University of Messina, Italy, in 1990. In 1994, she received a degree in General Hematology from the same university.
From 1991 to 1997, she earned a Mario Negri Institute research grant to conduct research at the Nephrology Unit of the Grande Ospedale Metropolitano Bianchi Melacrino Morelli, Reggio Calabria, Italy. Since 1998 she has been a practicing hematologist at the Hematology Unit of the same hospital in Reggio Calabria, in charge of the Myelodysplastic Syndromes, Aplastic Anemia and Anemia sections. Editor of the American Journal of Blood Research.
She is the Chair of the EHA Scientific Working Group Quality of Life and Symptoms and is an active member of the American Society of Hematology, the European Hematology Association (EHA), and the Italian Society of Hematology and President of the QOL-ONE association for quality of life research in hematological patients. She is also a component of the Italian Association of patients with MDS (AIPaSiM) and the new Acute Leukemia Advocates Network (ALAN). Since 2017 she is an examiner for the EHA European Haematology Exam.
She has developed and is coordinating clinical trials in pharmacological research incorporating quality of life outcomes in clinical research in Haematology.
Since the year 2000, she worked with Prof. Borislav D Dimitrov on the development and validation of the QOL-E until he passed away.
She is also an author of the HM-PRO, the unique instrument for the evaluation of patient reported outcomes (impact of disease and treatment and symptoms) in patients with haematological malignancies in clinical practice.

Prof. Borislav D Dimitrov, MD MSc SMHM DM/PhD Borislav graduated as a physician [MD] from the Trakia University (Stara Zagora, Bulgaria) in 1991 and was an assistant professor in social medicine and health management (Faculty of Medicine, Stara Zagora). In 1994 he was awarded a degree in environmental sciences from Victoria University of Manchester in UK [MSc]. He was further affiliated as a doctoral fellow, assistant professor and specialist-consultant with the Faculty of Medicine, Medical College and Department of Marketing & Health Management

at the University Hospital “St. George” (Medical University, Plovdiv, Bulgaria). During which period, he completed his medical speciality of social medicine and health management [SMHM] and later was awarded a higher degree in social medicine and organization of health care services and pharmacy [DM/PhD]. In 2000 he joined the Mario Negri Institute for Pharmacological Research (Italy) as a senior scientist in biostatistics and clinical epidemiology. He worked as a senior health outcomes manager at the IMS Health (UK) before joining the HRB Centre for Primary Care in 2008. Borislav had extensive research experience in health, biomedical and environmental sciences, mainly in public health, epidemiology, clinical trials research and quality of life (oncology, nephrology, diabetology, neurology). His expertise was in research methodology, data analyses, modelling and forecasting. He gained in-depth knowledge and broad skills in clinical epidemiology, study design, biostatistics and content management (e.g., time-series analyses, decision-tree analysis, artificial neural networks, PROs and scores/scales development,

clinical decision-making and information management consulting). Senior Research Fellow / Programme Manager & Coordinator of the HRB Centre for Primary Care Research from 2008 to 2012, in May 2012, he was appointed Senior Lecturer in Medical Statistics at the University of Southampton and promoted to Associate Professor in 2014.
He was awarded Cambridge IBC 2000 Outstanding Scientists of the 20th Century (1998), American Association for the Advancement of Science (2001), Science and Engineering (1998-1999), Gold Medal (Council of Science & Graduate Education of Republic of Bulgaria, 1989), Second Prize (MSSSIP, Leningrad, USSR, 1989) and First Prize (MSSSIP, Bulgaria, 1988-1990).

Since the year 2000, he worked, together with Dr. Esther N Oliva on the development and validation of the QOL-E until he passed away in Southampton, in January 2017 after a short illness.

This site uses cookies. By continuing to browse the site, you are agreeing to our use of cookies.